Movement Media began working under this name in fall 2013, but our history dates back to 2000, when the Mintwood Media Collective was founded. Ryan Fletcher was a member and owner of Mintwood Media from 2002 to 2013, and he started Movement Media after the firm closed in August 2013. 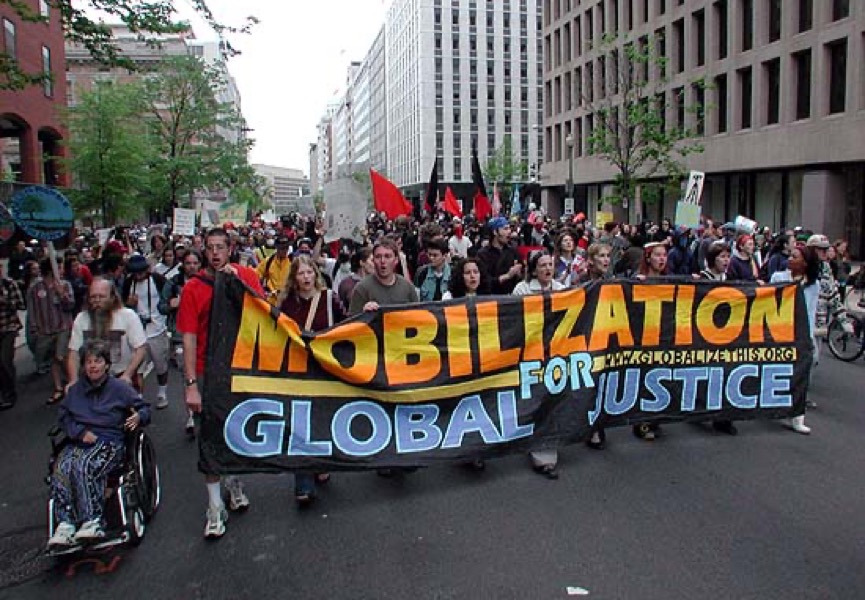 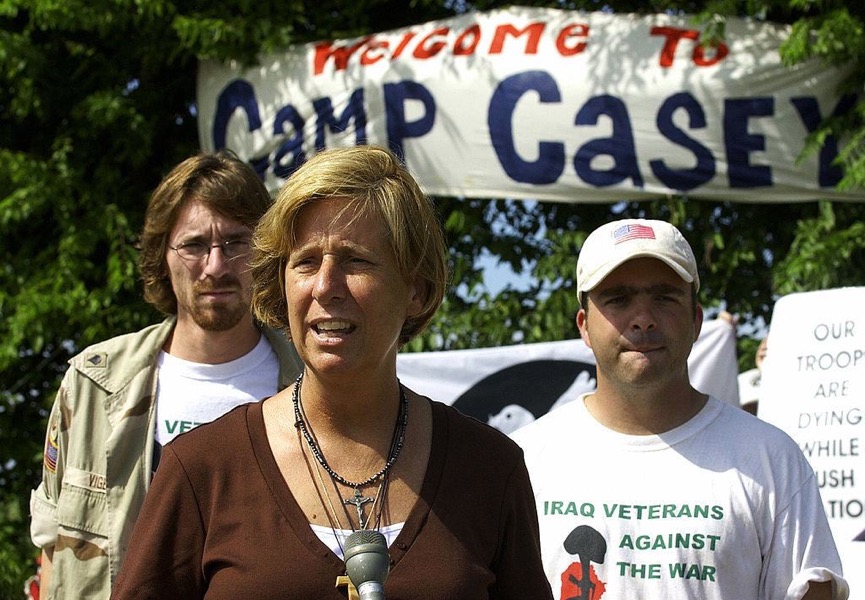 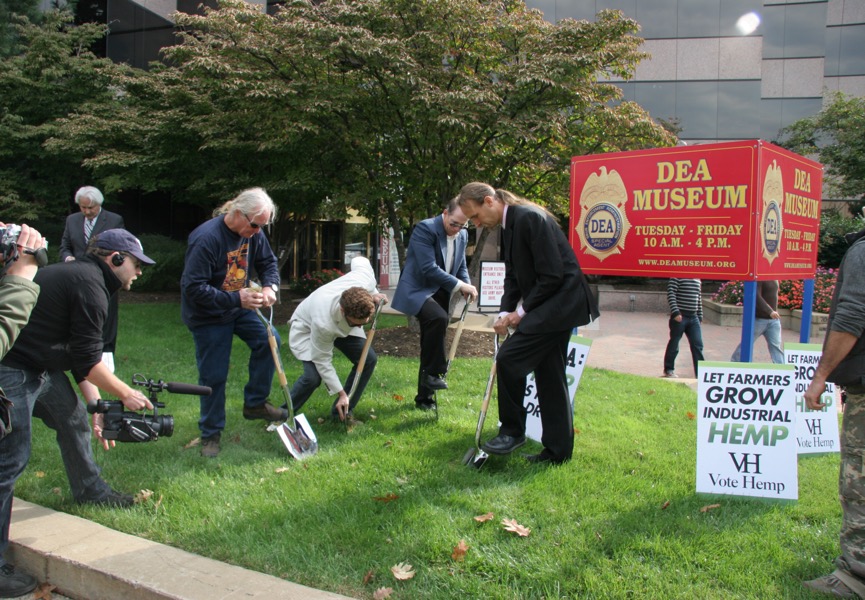 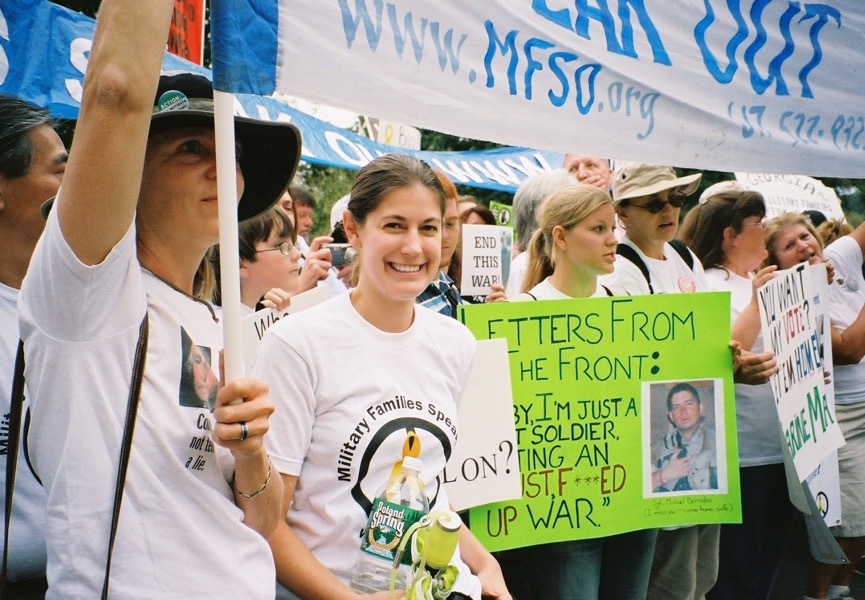 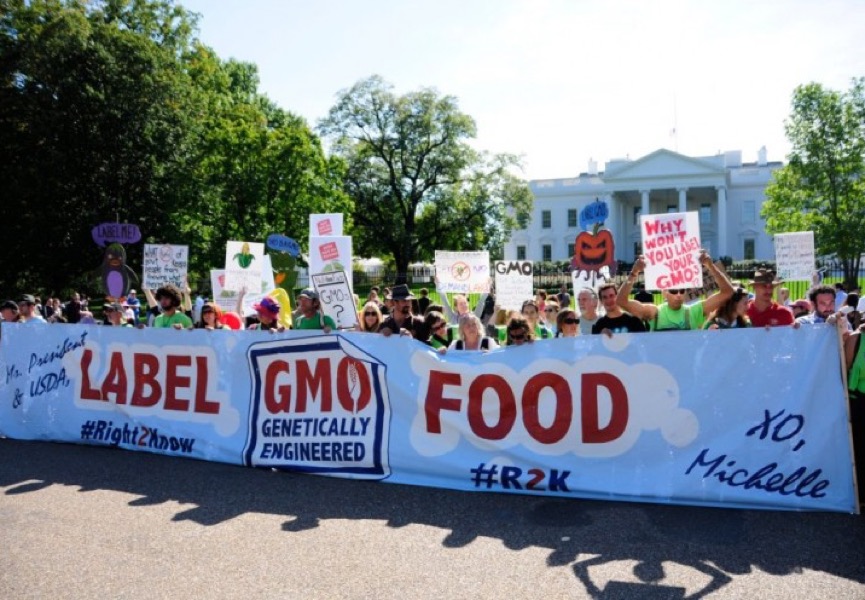 In April 2000, large demonstrations were held in Washington, D.C., to protest the policies of the IMF, World Bank, and other global financial institutions, policies, and trade agreements contributing to economic inequality, crippling debt, and global poverty. That spring, a coalition of labor, students, scholars, human rights, consumer, environmental, and grassroots activists of all stripes descended on Washington to hold the global economy to account.

Founders and future members of Mintwood Media were among the key organizers of the demonstrations, focusing particularly on media and communications strategies. Following the success of the protests and the international media attention they attracted, these activists set out to create a collectively managed business that would create jobs for local activists while providing public relations and communications services to organizations working toward progressive social change – groups and projects that in many cases wouldn’t be able to afford the services of larger and more establishment-oriented firms. 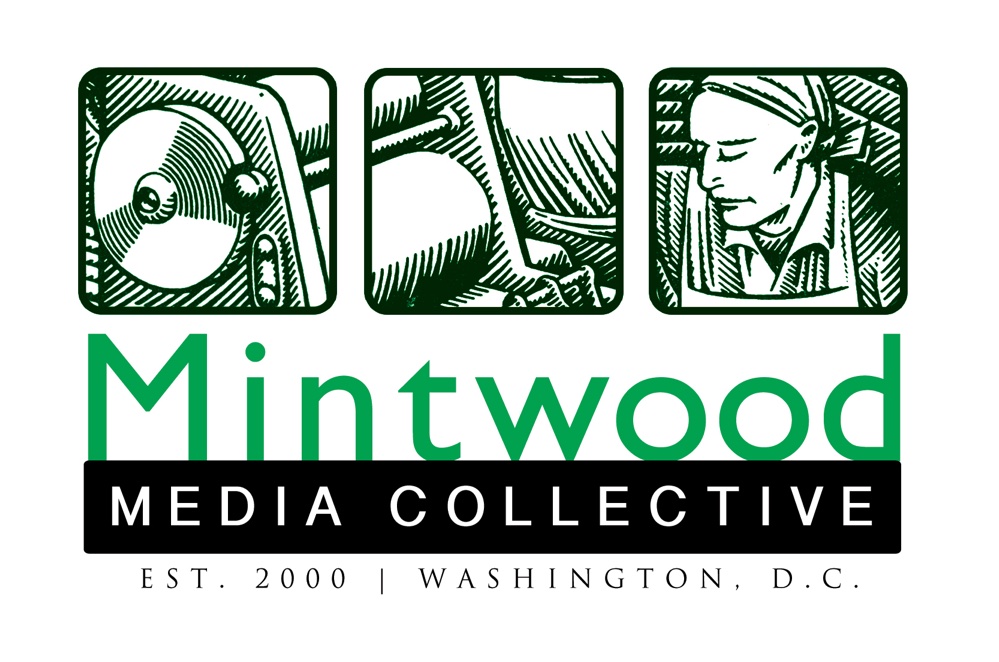 For nearly 13 years, Mintwood Media filled a void in Washington by offering public relations services to grassroots progressive causes and groups. Mintwood Media delivered its services to a wide spectrum of progressive causes and social justice organizations, from drug-policy reform to the anti-war movement as well as to countless environmental, labor, ethical consumer, and food justice campaigns.

From 2003 to 2006, under Ryan Fletcher’s direction, Mintwood Media worked closely with Military Families Speak Out and Iraq Veterans Against the War to establish the two organizations as leaders in the anti-war movement and to publicize their efforts to mobilize servicemembers and their families against the Iraq war. Mintwood Media generated extensive coverage across a wide spectrum of major outlets. Heightened media awareness about anti-war military families resulted in worldwide exposure for the story of Gold Star mother Cindy Sheehan, who captured the international spotlight for her month-long encampment near George W. Bush’s ranch near Crawford, Tex., protesting the war. Mintwood Media helped conceive, execute, and widely publicize the protest on behalf of Gold Star Families for Peace and Military Families Speak Out.

On August 6, 2005, Sheehan created a makeshift camp by the side of the road about three miles from then-President Bush’s Prairie Chapel Ranch and announced her intention to stay (sleeping in a pup tent at night) until she was granted a face-to-face meeting with the president. Sheehan launched her protest the day the president took off for a planned five-week vacation. A few days after the encampment started, the media began referring to Sheehan’s camp as “Camp Casey,” for her son, Casey Sheehan, who was killed while serving in Iraq. Sheehan spent most of the next four weeks in Crawford. On some days, as many as 1,500 supporters visited Camp Casey, including members of Congress, notable actors, musicians, and civil rights activists.

Keeping Hemp Products on the Market

From 2001 to 2004, Mintwood Media also provided key communications support to the Hemp Industries Association’s successful litigation against the Drug Enforcement Administration. The DEA was trying to prohibit sales of hemp foods and body care products in the United States. Because of this victory, sales of hemp products continue to grow, and they were estimated at a total of $573 million in this country alone in 2015.

In the first decade of the 21st century, with the support of Mintwood Media, top-selling natural soap brand Dr. Bronner’s further established itself as a sustainable leader in the natural products industry by becoming one of the first body-care brands to formulate with hemp seed oil and to certify its soaps, lotions, balms, and other personal care products under the USDA National Organic Program. Both actions resulted in high-profile litigation with the Drug Enforcement Agency and the U.S. Department of Agriculture. Dr. Bronner’s ultimately won both lawsuits, cementing the company as a champion of activism in the marketplace. Mintwood Media was Dr. Bronner’s public relations agency during this time, and it played a unique role in lending communications support, activist, and logistical capacity to these campaigns and others. Movement Media continues to fill similar roles for Dr. Bronner’s to this day.

Throughout its existence, Mintwood Media was made up of a diverse group of passionate activists dedicated to opening space in the mainstream media for crucial dialogue on social justice issues, environmental sustainability, and the expansion and protection of civil rights and liberties. Mintwood Media was created as an outlet for a group of people seeking to make it their life’s work to challenge the institutions that create economic disparity, destroy the planet, and protect profits over people and, ultimately, to fight for peace and justice. By representing mission-driven clients of many stripes, Movement Media is proud to be continuing that mission and carrying on that legacy today.

Since our launch in fall 2013, Movement Media has evolved into a finely tuned operation built where our predecessor company left off while shaping an identity and approach truly of our own making. We’ve grown in size and expanded our scope and focus while continuing to represent many of the clients and causes Mintwood Media supported. 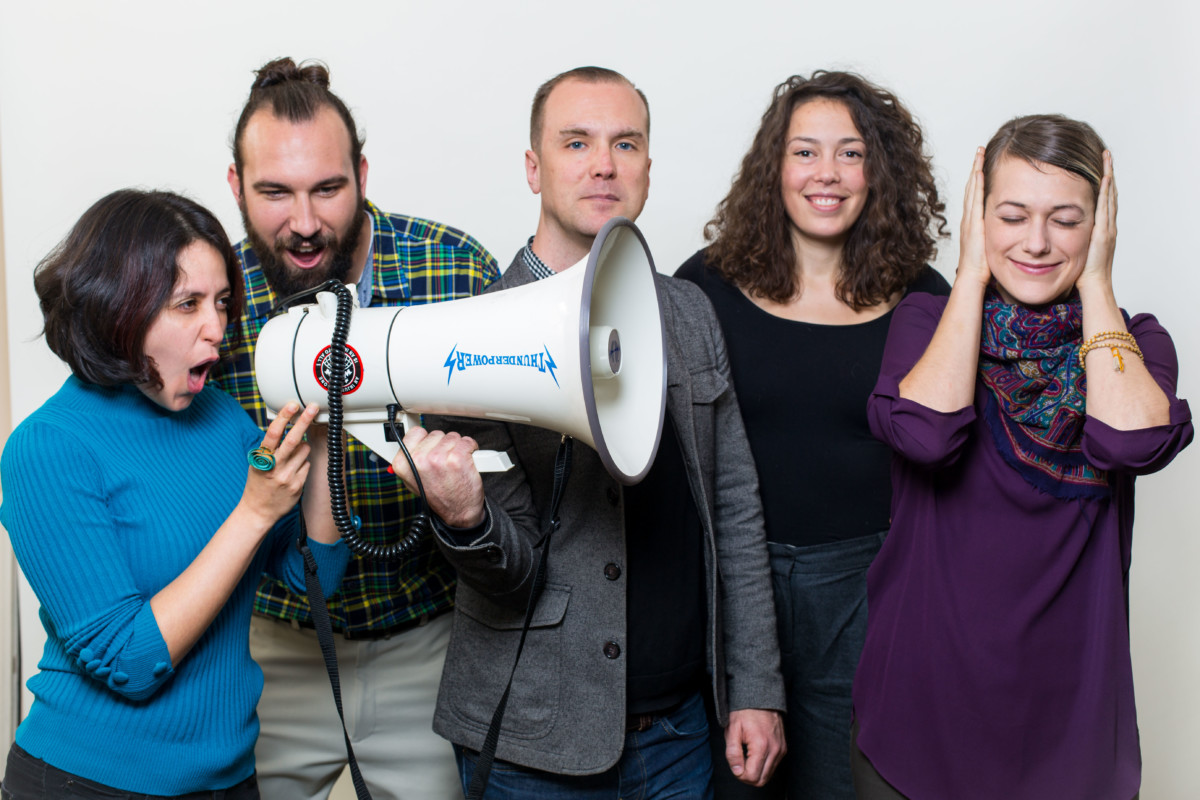 Between 2013 and 2016 we filmed and produced short films showcasing life-changing fair trade projects in Ghana and Sri Lanka, told the story of a Native American activist and hemp farmer in Pine Ridge, S.D., made an animated video telling the story of fair trade, and created a documentary about the role of industrial agriculture in climate change.

By supporting Vote Hemp and the Hemp Industries Association in their successful efforts to bring about the legalization of hemp cultivation for research and development in select states under the 2014 farm bill, our media relations work played a critical role in helping an entire farming sector begin again in the United States. In 2014, Movement Media documented and publicized the harvest of the first legal hemp crop on U.S. soil in over 50 years. In 2019, we organized a victory press conference to celebrate and acknowledge the federal legalization of hemp farming in the US.

In 2022, we continue to act as a megaphone and accomplice to Dr. Bronner’s by anchoring its global public relations department. The brand is one of the most ethical in the world, and it continues to grow 15 percent or more each year on average as it models progressive business practices and champions movements for animal rights, drug policy reform, fair pay & fair trade, and regenerative organic agriculture.

We’re proud to be on this journey and look forward to continuing to make our own path, just as the young activists in Mintwood Media set out to do back in 2000. We invite you to walk with us toward a future worth fighting for. 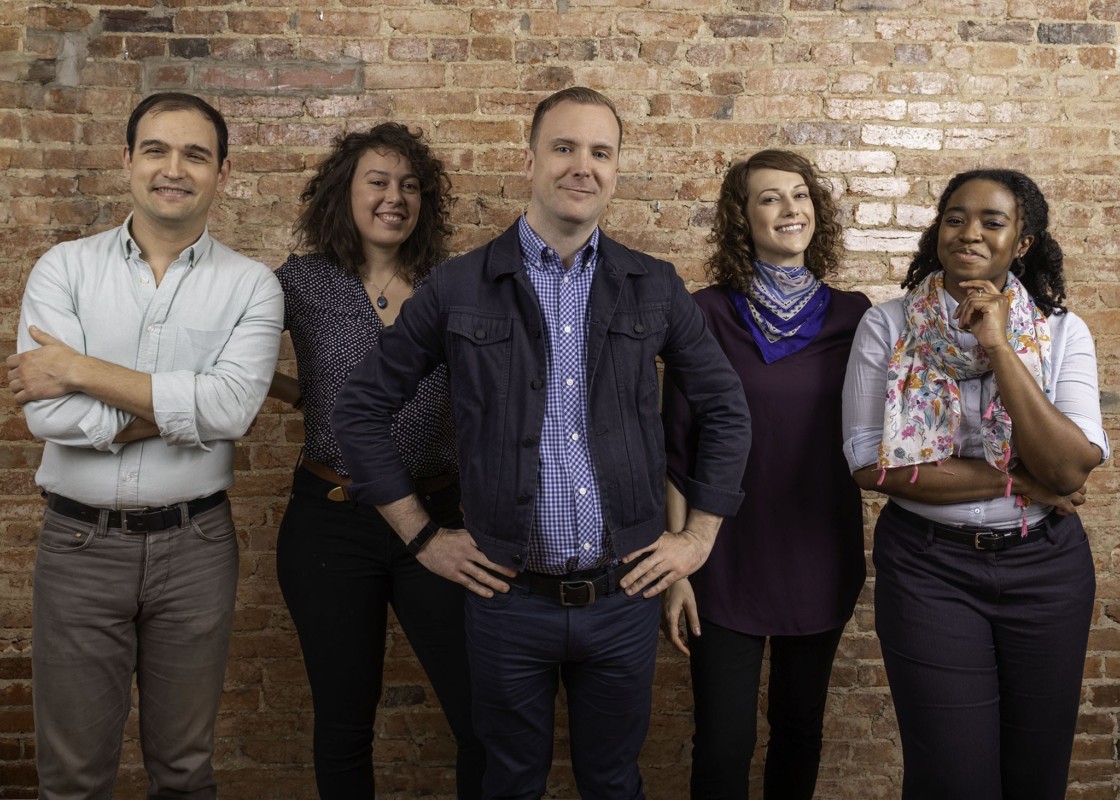 Movement Media represents leading natural product companies, progressive businesses, nonprofit organizations, and grassroots activists. We strive to be stewards of our clients’ stories and message while working to anchor their communications strategy and amplify their media presence with authenticity and integrity.